In April of 2007 the Ukrainian Orthodox Church of Canada published its newest and most comprehensive prayer book in over 50 years: the “Good Shepherd” or “Dobryj Pastyr”. In order for the prayer book to bring forth spiritual fruit as effectively as possible two other publications were needed: the priest’s service book or “Sluzhebnyk”, and musical settings for the liturgical hymns.

This collection of musical notes prepared by the Alberta Benevolent Cantors Association serves the need for a common musical arrangement of the new translation according to the Galician melodies commonly used in most parishes of the UOCC. By means of explanation several points regarding these arrangements must be made.

Blessing of these arrangements of the Galician Melodies

Instead of the Trisagion (Thrice-Holy Hymn)
Released February 7, 2008 – Galician

The Divine Liturgy of the Presanctified Gifts
Released March 6, 2008

Resurrection Matins Letter in Ukrainian not available at this time

Resurrection Matins Ukrainian not available at this time 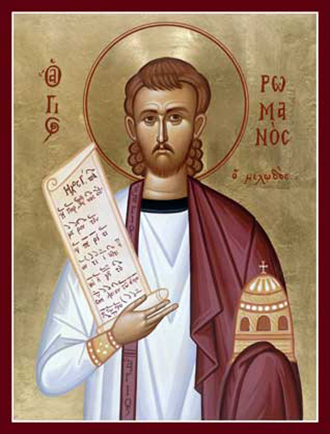 Thou didst gladden Christ’s Church by thy melodies like an inspired heavenly trumpet. For thou wast enlightened by the Mother of God and didst shine on the world as God’s poet. We lovingly honour thee, O righteous Romanus.

From thy childhood divine virtues and gifts of the spirit were bestowed on thee, O wise Romanus. Thou wast a precious adornment of the Church with thy beautiful chanting, O blessed one. We entreat thee to grant us thy divine gift that we may cry to thee: Rejoice O most blessed Father, comeliness of the Church.